Mods and Rockers get a taste of Middle Temple Hall 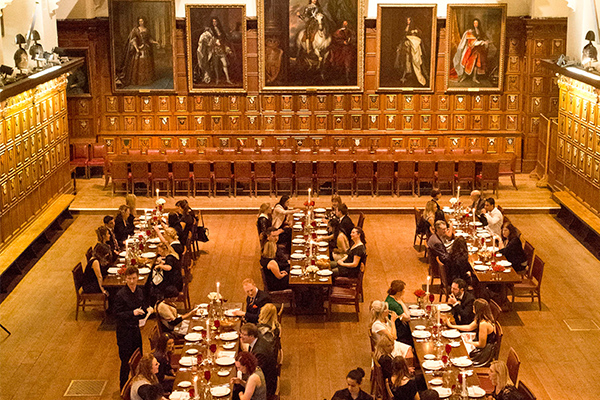 We had the pleasure of hosting a ‘Mods and Rockers’ themed dinner last week (7 March) at Middle Temple Hall.

The dinner formed part of the London City Selection experiential weekend, with the annual gathering being a chance for event-booking agents to sample hospitality at a number of London venues. After a drinks reception at The London Stock Exchange, guests came together at Middle Temple Hall for a gala dinner inspired by days by the British seaside – a fitting tribute to the Mod classic film Quadrophenia, and the album of the same name by The Who.

To a sound track of classic rock music, the platters were cleared to make way for perfectly pink honey glazed Gressingham duck, and truffled potato gnocchi all served up with giant sharing dishes of hotpot style potatoes and spring greens.

As drinks flowed, the mood became playful as a flash mob took to the floor, delighting diners with an impressive dance routine set to well known anthems.

We invited up-and-coming food blogger, Joe Teng from Food Punk Joe to join us at the table. Get the inside scoop from the event on his blog.

Theming is a great way to add a touch of informality to your events. We have some great ideas, and the creativity and flair to make them happen. Enquire now and let our Creative Director, Jules Heckman-Hughes and her team make your next event one to remember.